Our leadership community is privileged to have two leaders who exemplify excellence and integrity and who encourage the highest ethical standards: noted humanitarian Professor Shirley Randell AO FIML and Dr Donna Odegaard AM, CEO of Aboriginal Broadcasting Australia. They share some inspiring leadership insights with Leadership Matters. 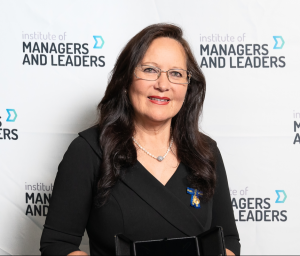 THEIR LONG ROADS TO LEADERSHIP

A long-time public servant including stints in the Department of the Prime Minister and the Public Service Commission, Randell was one of Australia’s 100 Inaugural Women of Influence in 2012. She is also a big supporter of International Women’s Day, which is fast approaching on 8 March. Prior to her public service, Randell taught Aboriginal children in remote schools in Western Australia before moving to Papua New Guinea to lecture at teachers’ colleges operated by the Uniting Church.

After her first retirement, Randell owned and operated consultancy businesses in Sydney, Rwanda, and Vanuatu. She also worked in a consulting role in Bangladesh in 2004–5 and 2014–15.

Darwin-based Odegaard is the founder and CEO of Darwin-based Aboriginal Broadcasting Australia, which is seeking to establish free-to-air television operations in every capital city. Currently, her unique television licences are regulated to broadcast nationally. As a result, the busy Odegaard is collecting frequent flyer miles taking her vision for her businesses to boardrooms across Australia.

It’s an impressive result for Odegaard who started her business career selling handmade clothes to support her family. She is recognised as one of Darwin’s most respected businesswomen and has strong views on what it takes to be a leader and manager today. Odegaard also has robust opinions about how business leadership has changed for women since the 1970s. She explains, “I’ve seen some massive changes in the past 30 years for women leaders, especially Indigenous women. We were breaking some ground in the 1970s but mostly in the areas of activism, politics, education and the arts.

“Today, young women are trailblazing in areas such as business, economics or they are entrepreneurial and are looking at global markets.” 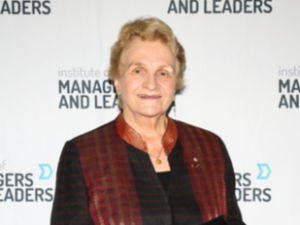 WOMEN HAVE COME A LONG WAY

There were very few women in leadership roles when Randell joined the Commonwealth workforce in the mid-1960s. “I’m pleased to see that we now have many more women leaders,” says Randell who cites former Victorian Premier Joan Kirner and philosopher Jean Blackburn as inspirational female leaders.

“There’s more individual support for women today from other women, and we have more men who are fighting for women’s rights. In regard to whether we are better off, of course, we are.”

However, there is no reason for complacency, counselled Randell, “because, in reality, for example, we’re still a tiny percentage of engineers, surgeons, and parliamentarians in the Liberal/National party coalition.”

Odegaard, who earned her PhD from NSW’s University of Newcastle, agrees and even as recently as the early 2000s discovered there were still gender roadblocks for female entrepreneurs. “I very carefully ventured into the media and had a lot of pushback from males in the industry. But I just kept quietly chipping away to try and get more of a voice not just for women but for Indigenous people.”

Randell warns that when female leaders earn some successes, there can be a backlash. “When countries, for example, are taken over by fundamentalism, which we are now seeing, women’s rights are one of the first things to go.”

MEN’S VIEWS ARE CHANGING TOO

With a working résumé stretching over 60 years, Randell says she took her first significant leadership role in 1984 when she was appointed Director of Programs ACT Schools Authority in Canberra. She then honed her management skills when she was named CEO of the Council of Adult Education, in Melbourne from 1991–94. In this challenging role, Randell was responsible for 1,000 teachers and 50,000 students. When she first retired in 1996, she was CEO of the City of Whitehorse, the second-largest city in Victoria.

Men’s view of leadership had to change too over the past 30–40 years to help open doors for female leaders, opines Randell. “Quotas for women in leadership roles are important. Men had to change as well, and we’ve had these champions for change in Australia who are doing tremendous work in supporting women such as Qantas CEO Alan Joyce. Things are changing to help us achieve gender parity.”

Having more women on public and private sector boards is a must to promote gender diversity, argues Randell. “On those boards and in those executive suites where men are welcoming women, the fact that women are there is a considerable incentive to other people. However, in my opinion, quotas need to be there to achieve balanced leadership across the boards.

“We haven’t yet done this with business, but Elizabeth Proust who has just retired as Chair of the Australian Institute of Company Directors has been talking publicly about the importance of targets if we want to change the position of women on business boards.”

Randell recognises the success of diversity targets in the European Union and the United Kingdom to illustrate the effectiveness of getting more women and minorities onto boards. “We need to do the same in Australia. However, for this to be effectual, you need men welcoming women.”

Randell advises young leaders to pursue the routine actions involved in climbing the leadership ladder such as:

She adds, “When you make mistakes you don’t stop.

Odegaard advises aspiring women leaders to harness the power of social media. “Through social media women can connect to other support groups, and to networks such as IML ANZ.

“Those of us who were doing business in the 1970s, 1980s and 1990s were doing it basically on the smell of an oily rag. We were doing it out of our homes, we were poor, but we had a lot of creativity, but back then we didn’t connect as a community of women because we just didn’t do that. You couldn’t even think about doing things like that.”

The roles of women in business are changing, continues Odegaard, who is confident the younger brigade “are strong, confident and are sort of quietly changing things”. The television executive is fond of asking young aspiring female leaders, “What do you want to do?”

“If they have dreams and aspirations, I advise young leaders to stick close to good people and networks such as IML ANZ.

“The Institute can also provide valuable mentoring services, and certainly good advice and experience. Get as much out of it as you possibly can.”