5 Radical Ideas Shaking Up The Workplace

Less meetings, more leave and a whole lot more flexibility . . . is this the workplace of the future?

In an age of economic insecurity and technological disruption, the pressure to maximise productivity is essential to business survival.

The pressure to succeed often leads to counter-intuitive business practices and processes that have the potential to impede productivity.

But leaders of industries that thrive off insomnia and 80-hour work-weeks are beginning to take note and are responding with ‘radical’ new approaches which free up workers’ time to have a life while also producing work they can be proud of.

Jason Fried, Founder & CEO of Basecamp, a workplace productivity app designed to maximise productivity and filter the signal from the noise, recently implemented a Work Can Wait rule, capping the work-week at a maximum of 40 hours. This decision was based on the rationale that if your job requires you to put in 80 or more hours a week to be effective, you’re probably not working very efficiently.

“Our feeling is that 40 hours is enough time in which to do great work, as long as each employee owns those 40 hours,” he said in a recent interview with Bloomberg.

“What happens often in companies where there is an expectation that workers be at their desk from nine to five, the company culture ends up eating away at the time meant to be spent working. You may have eight-hour work days but your work ends up being split across 15 or 25 minute slots. You can’t get good work done that way. That is why you end up working nights or on weekends. At Basecamp, we make sure everyone has 40 hours to themselves a week. You can get plenty done when you’re not being pulled into meetings, or into conversations you don’t need to be a part of. It is about respecting each other’s time and attention, vs spending other people’s time and attention.”

Mark Bray has done extensive research into what the future of the workplace looks like.

Fried has also implemented a culture (controlled and monitored by the app itself) to control the out-of-hours commitment to work emails. “As a business owner I am not entitled to anybody’s nights or weekends,” he said.

All well and good in theory but AIM member Mark Bray, who is Head of Knowledge and Sustainability at architecture firm Hassell Studio, argues that it’s crazy in this day and age to have a 40-hour week written into a contract.

“That makes people watch their watches,” Bray says. “In this day and age of flexibility of technology, it is ill-advised to have a 40-hour rule. It’s from a bygone era.

“Most people work to deadlines, they don’t work to hours.”

Fried implemented ‘library rules’ which require workers to respect each other’s time and space by not filling it with unnecessary noise. This is not just limited to physical conversations. Often too much of our work days are spent responding to pings and DMs for ‘urgent’ work solutions that could probably wait, or be solved without you if only work culture didn’t foster unnecessary urgency and instant gratification.

“We consider chat-based conversations to be sort of ephemeral things that – it doesn’t matter if other people see it,” he recently told The Harvard Business Review. “If someone’s around they can answer or that kind of stuff. But if you really want people to see something, if you really want people to think, debate and discuss something, you write it up – in our case it’s in Basecamp, but it can be in whatever you use. And you give people time to consider and respond on their own time versus on your time.

‘Meetings get in the way of true productivity’ – Mark Cuban

American businessman, investor, author, television personality and philanthropist Mark Cuban has a rule: “Never take a meeting unless someone is writing you a cheque.”

“There is this stigma around meetings but the bulk of them are one-to-one and that can happen anywhere,” says Mark Bray. “We did some research recently and found that 63 per cent of meetings are one-to-one. Companies are wasting a heap of space on big meeting rooms but 63 per cent of meetings only accommodate two people. Meetings with three or more people accounted for only 10 per cent.

“The feasibility of no meetings ever would be a tough one for me.”

Conversely, Southwestern Consulting only holds meetings on Mondays, based on the idea that it is the one day a week that gets the team into the office, for all the necessary face-to-face stuff so that people are free to split their time the rest of the week, so long as the work gets done.

“Mondays are the one day we ask everyone to come in,” co-founder Rory Vaden recently told Forbes. “We meet. We talk. We discuss. We make decisions. Then the rest of the week we scatter all across the world, we deploy those decisions, and we execute the strategies. A meeting to us is defined as a regular recurring gathering of three or more people in the company. It’s not that you’re disallowed to ‘meet’ with people or even groups at other times. It’s just that everyone knows that Monday is the official day for meetings. Everyone comes to the meetings with a ‘Rolling Topics list’, and we crank.”

Netflix recently implemented unlimited parental leave for workers who become parents, a follow-up to the company’s decision to provide unlimited vacation time to all employees.

CEO Reed Hastings admits there are dangers to an unlimited leave policy, as employees could feel pressured to take less time off, but Hastings says he takes six weeks of leave a year and encourages his employees to do the same.

Unlimited leave . . . great in theory but would we actually end up taking less leave?

“What we’re trying to do is earn loyalty and trust that they’ll really care about Netflix in addition to caring about their families, and they’ll find successful ways to integrate it,” he told Fortune.

“It’s a fascinating one and it would make people feel warm and fuzzy but I think people actually end up taking less leave,” he says.

“We are going through that psychology at the moment that if you give something to somebody all the time then they lose interest in it.

“At the WeWork co-working space in Pyrmont in Sydney they have free beer on tap all day every day for the people who’ve paid $350 a month for a hot desk.

“Guests come in and it’s a bit of a gimmick to start with but people don’t want to drink alcohol all day. Even when it’s there it doesn’t mean you are going to use it and that’s exactly the same with unlimited leave. People still have deadlines.

“You might think you’ll take six months leave but you won’t have a job because the company just put different drivers of behaviour on you.”

Automattic, a company that builds WordPress tools has ditched a physical office in favour of a remote working structure. The company employs 470 people across 45 countries. Staff work wherever and whenever they want and communicate over Slack, a workplace chat app revolutionising the problems posed by email.

Similarly, the company behind social media analytics tool, Buffer, recently ditched the office completely, shuttering its physical offices in June last year in favour of a “fully distributed” model. “We noticed that office space was a not-insignificant element of our overall expenditures each month—more than we paid for health insurance, or advertising and marketing,” Courtney Seiter, head of inclusivity and culture, recently wrote on the company’s blog.

The company is now split between London, New York and San Francisco. Most communication is done online on various collaboration apps like Slack. However, the company commits resources to allowing workers to meet up periodically, whether for work retreats or a casual lunch. The company is also considering offering a ‘coffee shop allowance’ for teammates who prefer the benefits of a collaborative work environment.

To hear more workplace concepts and radical ideas, be sure to join Mark Bray at the AIM Masterclass Series in Sydney, Brisbane or Melbourne. Book Now! 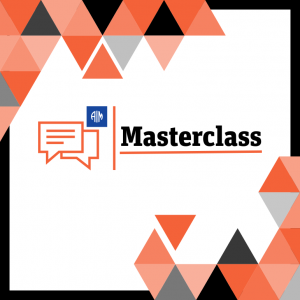